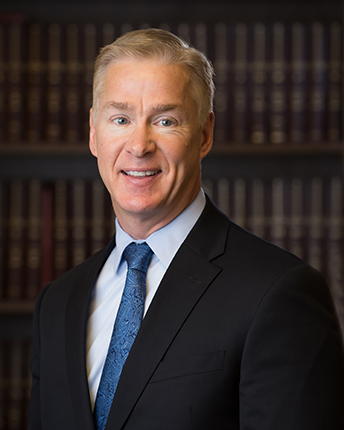 Ben has been in private practice in Fargo since 1989. He currently serves as President and Managing Partner of Wold Johnson, P.C. His practice is devoted primarily to employment law and civil litigation.

Ben is a frequent lecturer on topics relating to employment law. His audiences typically include lawyers, human resource personnel, managers, and business owners. Ben’s employment law materials have been published by the Council on Education in Management, Lorman Education Services, and Minnesota CLE.

In 2012, Ben was designated by the Minnesota State Bar Association as a Board-Certified Labor and Employment Law Specialist. The certified specialist designation is earned by leading attorneys who have completed a rigorous approval process, including an examination in the specialty area, peer review, and documented experience. Certified attorneys have demonstrated superior knowledge, skill, and integrity in their specific field. This achievement has been earned by fewer than 3% of all licensed Minnesota attorneys.

In 2013 Ben completed training as a Certified Arbitrator from the American Arbitration Association.

Ben served as President of the Rose Creek Neighborhood Association from 2006-2009.

Ben and his wife, Gwen, live in Fargo. When not working, Ben can frequently be found running with one of his 3 dogs or playing baritone saxophone in two local jazz bands.